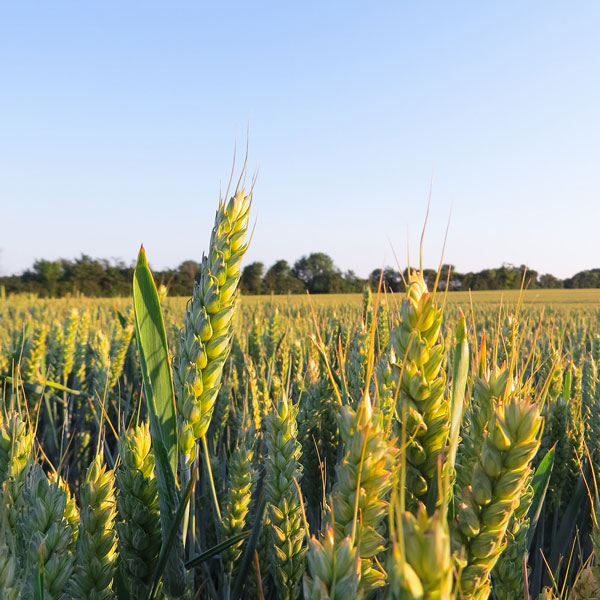 [3] Field to Market: The Alliance for Sustainable Agriculture, 2016. Environmental and Socioeconomic Indicators for Measuring Outcomes of On Farm Agricultural Production in the United States (Third Edition). ISBN: 978-0-692-81902-9 http://fieldtomarket.org/media/2016/12/Field-to-Market_2016-National-Indicators-Report.pdf

Here we consider the farm-to-gate system, a partial life cycle analysis method accounting for all farm operations of beef cattle production, crop production or other. This includes the direct impacts due to on-farm operations and the indirect impacts from the production and transport of synthetic fertilizers, diesel, electric energy, pesticides. We consider the emissions from growing the feed crops, but not from land use change if that was required to create the fields either for crops or pasture, and we have not included emissions related to purchase, sale, domestic use and final waste. Our emissions estimates end at the farm gate. These figures are estimates, modelled using various assumptions and scientific methods. One of the challenges is we cannot just use a “GHG meter” to measure emissions from cattle or a farmer’s field.
These are estimated here as a product of the province’s 2019 tonnes of production and the estimated emissions per kg noted above. This figure includes GHG emissions related to feed inputs and production, so it includes some emissions from grains such as wheat; it therefore includes a small amount of the wheat sector emissions. See sources noted.

You might see the “carbon footprint” of a kilogram of beef based on one of three different foundations: first, the “live weight” of the cattle, representing the highest weight of that animal as it goes to be processed. Next, the emissions may be expressed per kilogram of the “carcass weight” of the cattle, which represents the animal’s weight after removal of the head, hide, GI tract and internal organs. The smallest weight considered would be “retail beef”. This represents the packaged meat that goes to the market In Canada. These numbers are tracked meticulously through the livestock industry, and the government has some industry averages as follows:

These figures were estimated here as a product of the province’s 2019 tonnes of production[1] and the estimated emissions per kg noted above. That factor includes estimated changes in soil carbon, emissions from energy use, fertilizer manufacturing, nitrous oxide (N2O) emissions and seeds and pesticides indirect emissions. These factors were estimated for the three Regional Units found in Alberta, resulting in an emissions estimate specific to this province.

Wondering about what evapotranspiration is? What is IPCC? What are greenhouse gases, and how do they create climate change? Please start here, where you will find a primer on some of the more common terms you will see on this website.
Review the Glossary

Do you have questions about what you have read here? Chances are someone else has asked them as well. Please look here for answers to some frequently asked questions about agriculture-based greenhouse gas emissions.
Review the FAQs